“People react to fear, not love,” Richard Nixon once said about US voters. “They don’t teach that in Sunday school but it’s true.”

In the 20 years since the 9/11 terrorist attacks, Nixon’s jaundiced view of democracy has been put to the test and found to be frequently true. But the story of how America was changed by the first attack on its homeland since Pearl Harbor is better grasped from the ground than via the four-yearly presidential cycle.

No matter how far they were from the smouldering wreck of the Twin Towers, Americans awoke on 9/12 to a world permanently changed from what it was on 9/10. “In retrospect those late summer weeks in New York [in 2001] feel like the weightless instant when a ball has reached the top if its arc and not yet begun to plunge,” writes Evan Osnos, author of Wildland.

Ever since Thucydides forecast that the expansion of the Athenian empire risked tyranny at home as well as abroad, savants have warned that war cannot be sealed off from the society that prosecutes it. George W Bush and his successors nevertheless tried to separate the “global war on terror” from everyday American life.

In one respect they succeeded. As Samuel Moyn shows in his learned and provocative book, Humane, lawyers are nowadays as integral to American war fighting as generals. The “kill lists” that Barack Obama so carefully parsed resulted in more civilian deaths than his White House was prepared to admit — 4,000 alone in the Pakistan badlands of Waziristan, according to Moyn. But these numbers are tiny compared with the hundreds of thousands or more who died from US carpet bombing in the Vietnam and Korean wars.

In Moyn’s telling, Obama was forced to navigate between “two Georges” — George McGovern, the Democratic presidential candidate whose disastrous 1972 antiwar campaign against Nixon turned his party permanently hawkish, and George Bush, who had overstepped the 9/11 remit to launch an invasion of Iraq. Obama did so by putting it all on a sounder legal footing. The same day as Obama banned torture — or “enhanced interrogation techniques” — he launched his first drone strike. He carried out more in his first year than Bush had in his full eight years as president. 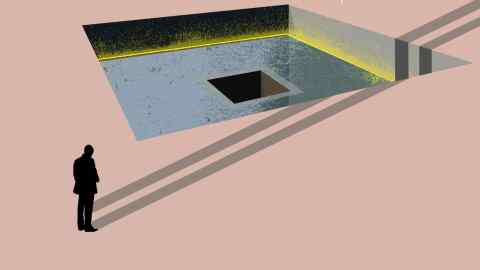 A few weeks after taking office, Obama “globalised” and “formalised” America’s counter-terrorism doctrine beyond Bush’s morally objectionable stance. “It was the initial rationale for what became a spree of humane killing on which the sun might never set in space or end in time,” writes Moyn.

In that respect, Obama is very much the face of America’s new era of “humane” combat — a war far removed even from those who are doing the killing. In the first volume of his memoirs, Obama says he wanted to save the young men who were giving the US so much trouble — to send them to school, give them a trade, and drain them of hate. “And yet the world they were a part of, and the machinery I commanded, more often had me killing them instead,” Obama wrote.

The biggest value of Moyn’s book is the ethical questions he raises. Since war today has become so much less bloody, and involves so many fewer Americans, what is to stop it from becoming perpetual? If you are a hawk, the answer is: who cares? As long as terrorists are being eliminated, the US government is doing its job. The problem is that not every US president will be as conscientious in their targeting as Obama (see Donald Trump). Moreover, what is to stop other countries, such as China, from putting their killer drones to similar use?

Then there is the future of autonomous drones that will have the capacity to kill based on algorithms rather than human calculation. Their record may turn out to be as good compared to human judgment as self-driving cars. It is nevertheless a terrifying prospect. Humane wars are likely to be far harder to end than the wars of carnage that came before. “The moral improvement of belligerency could risk merely prettifying it,” says Moyn.

It remains to be seen whether President Joe Biden’s withdrawal from Afghanistan will mark an end to the boots-on-the-ground dimension of America’s “forever wars” — if not to its remote-control global war on terror. But the changes that 9/11 wrought to American society show few signs of abating. Through the fortunes of three places — Clarksburg, West Virginia; Greenwich, Connecticut; and the South Side of Chicago — Osnos chronicles the post-9/11 changes that are “pushing America to breaking point”.

Of these, the move towards a more martial culture is perhaps the most tangible. The US now has 13m citizens with permits to carry concealed firearms, which is more than 12 times the number of police officers. As one lobbyist for the National Rifle Association tells Osnos, the al-Qaeda attacks were a giant windfall for the US gun lobby. The fall of the Twin Towers followed a decade of sharply declining crime rates and lower gun sales. Suddenly there was a new paranoia of terrorists to exploit.

In reality, the risk of an American dying in a terrorist attack was, and remains, infinitesimally small. In a 2016 poll, Americans estimated that one in six of their fellow citizens was Muslim. The true answer is one in 100. The NRA put those xenophobic fears to profitable use. Gun companies switched from targeting deer and duck hunters to marketing the idea that anyone could be a Navy Seal. NRA videos depict Americans in tactical battle gear heroically fighting terrorists. “You have to look fairly hard for something designed to kill animals instead of people,” wrote one hunting enthusiast of this new era of gun marketing. Similar cultural changes could be observed in the military. The US ended its military draft in 1973. Since then wars have been fought by the 0.5 per cent of society that are recruited — mostly from poorer rural and urban America.

In the days following 9/11, Bush urged fellow Americans to carry on life as normal — to go skiing and continue shopping. His exhortations in the wake what was a graphically horrific assault on American civilians were chiefly motivated by fears of collapsing consumer sentiment. But they fed into a culture that was increasingly prone to striking aggressive poses without risking personal consequences. The notion of war as shared sacrifice was thus also severed.

The Bush presidency, much like the Trump one, was marked by giant tax cuts. Second to the growth of martial culture, post-9/11 America is marked by rising inequality. Osnos, a writer for The New Yorker, illustrates this trend through the rise of hedge funds in his home town of Greenwich, which turned from a prosperous banking town into a magnet for billionaires and insider trading cases.

Many of them augmented their net worth through investing in asset-stripping ventures that deprived the miners of West Virginia of the pensions and healthcare they were owed — blessed by the pro-corporate US bankruptcy courts. Over the same period, West Virginia, and many other “left behind” states, went from being Democratic to Republican.

In 2000 Bush became the first non-incumbent Republican since Herbert Hoover to win West Virginia. In 2012, Obama lost every single county in the state to Mitt Romney. Though the state’s voters had few illusions that Trump would redeem his promise to restore the coal industry, they felt culturally closer to him than to Democrats such as Hillary Clinton. Much of this can be put down to the consequences of 9/11.

Siri Hustvedt: 9/11 and the American psyche

Twenty years later, the political and psychological consequences of the attack have become more intelligible

Osnos’s book spans the time between the fall of the Twin Towers and the storming of the Capitol on January 6 this year — the period during which “Americans lost their vision for the common good”, he argues. You do not need to share the author’s implicit rosiness about the collective sentiment that preceded the terrorist attacks to agree with his limpidly rendered account of what has happened since then. Almost a fifth of those arrested for the assault on Capitol Hill this year were former US military personnel — more than 20 times their share of the population. As Moyn argues, the way we fight war is linked to how we conduct ourselves at home.

In early 2003, Norman Mailer, the now deceased novelist, warned that democracy was a “condition we will be called upon to defend in the coming years”. Mailer’s prescience is still relevant.

Humane: How the United States Abandoned Peace and Reinvented War by Samuel Moyn, Farrar, Straus and Giroux $30, 416 pages, published in the UK in January

Edward Luce is the FT’s US national editor